Use Cartoons To Grow Sales (Vince Palko Shows How) 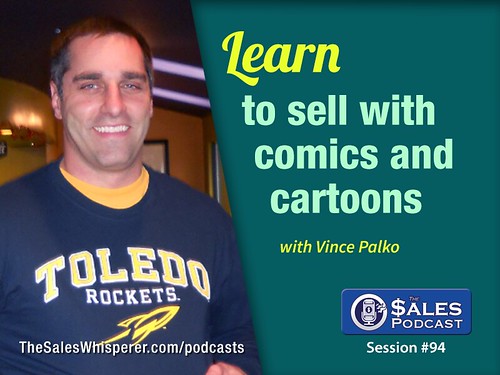 Vince Palko loved art and sports since he was a child and after writing “The Art of Selling Using Cartoons” in 2006, it set the stage for him to leave his Corporate America gig behind and set off on his own. This is his story.

Don’t leave your day job until your idea is proven."

Rise to the challenge. You can do it. "