It was an HOUR from my house...(way past this old man's bedtime)...in a converted garage...with a dirt parking lot...basically in a field...on a 60-degree Sunday night...I didn't bring a jacket...and my podnuh (that's Cajun for buddy) had his fight pushed back TWO DOGGONE HOURS!...so I got to watch a lot of guys get punched in the face.

This brings me to the picture above.

The dude seated in the cage with his back to us is being tended to by EMTs after he got knocked out in 17 seconds.

Is it still considered a fight if your opponent doesn't even have to shower when it's done?

I've tripped on stairs and taken longer than 17 seconds to fall down them.

My four-year-old daughter can hold her breath for 18 seconds. (We literally just did it at the table to confirm my suspicion.)

I know what you're thinking.

Now that we have that cleared up, let me ask you something...

When's the last time you put your pride, your business, or your physical safety at risk...

...to find out what you're made of? (With live streaming on Instagram and Facebook, these fights were broadcast to the entire world.)

Let me ask you something else...

Would you criticize him to his face, or would you just think he's a failure as you sip your pumpkin-spiced egg nog latte frappuccino with extra cinnamon in your red Starbucks cup while listening to Mariah Carey's "All I Want For Christmas Is You" (a full month too soon I might add) as you make new Pinterest boards with your BFFs?

(Lots of keyboard warriors nowadays. I have a trillion-dollar idea that would solve that in 30 days, but I digress.)

That guy who got punched in the face and had his fight come to a bloody halt in just 17 seconds learned more about himself than you and I did last night and more than most people will learn in 17 years.

Maybe he learned fighting's not his thing.

Maybe he learned he needs to spend more time developing his boxing skills.

But you know what he learned for sure?

Because he stepped barefoot into a cage deep in a California valley, hours from home on a cool Sunday night in front of hundreds of people, and faced an opponent that he did not know, armed with nothing more than light gloves, a mouthpiece, and guts.

And he got knocked out in 17 seconds.

As we say in Jiu-Jitsu, there are no losses, only victories or learning opportunities.

As we say in The Make Every Sale Community, hearing "no" early is a win.

It's much better to hear NO within 17 seconds than 17 days, weeks, or months.

It's much better to hear NO now, so you have time to cultivate another prospect or follow another marketing path than to wine and dine a lying prospect who is only stringing you along for tickets to the game, expensive Scotch, and to get their current vendor to lower their prices with the quote you give in desperation once you realize how much time you've wasted and other opportunities you've lost by hanging on to that "one big deal."

But most of us won't face our biggest fears or risk getting punched in the face and losing within 17 seconds for all the world to see.

We just "fake it 'til we make it" for so long that eventually, the only thing we're making is excuses.

The thing you fear is easier to face—and defeat—when you have a solid team in your corner and a committed team to help you train.

Want a virtual punch in your face to clear out the head trash, self-doubt, and negative self-talk you've been using to torture yourself since that lost sale, failed venture, divorce, bankruptcy, foreclosure, 3-putt on 18, or being picked last for kickball during 4th-grade recess?

Apply for my 90-day private coaching.

It's reassuringly expensive, and it includes membership in The Make Every Sale Community, so it's the gift to yourself that keeps on giving. (You know that's all you really want for Christmas anyway, so go on. Reward yourself.)

But understand that whether you're in my private consulting or group training, there is no hiding.

Join if you're ready to endure some short-term growing pains because you will get some digital punches in the nose.

P.S. The picture below is of my friend and Brazilian Jiu-Jitsu training partner, Squire Redfern. He's an enrolled member of the Pala Band of Mission Indians, and at 152 pounds (73 pounds less than me), he tears me up on the mats without breaking a sweat.

Squire didn't make any excuses after losing his first fight last year. He trained harder and got back in the cage.

The result? A victory in just 77 seconds.

And insight into how he can continue to improve.

And the confidence to take on bigger challenges in life, whatever they may be.

Two years ago, I wasn't friends with a single Native American.

I didn't know any locals with long braided hair...and tattoos all over their bodies who trained to punch people in the nose..

Now I drive an hour and buy tickets to spend Sunday nights with many of them, and it was an honor.

Whoever said fighting never solved anything was wrong.

I get excited both fighting with and watching Squire Redfern fight, and I know I'm a better man because of it.

P.P.S. The picture below is most of the crew that came to watch Squire compete. Rick, Dick, Bryan, me, Carlos, Squire, Anthony, Katie.

Bryan once blew out his knee and continued training with little more than duct tape and sticks. He's about six months older than me, and last Friday got the first stripe on his black belt.

Anthony is 24 years old (28 now) and does disco routines on my back, head, and neck despite being a good 50 pounds lighter than me. He got his black belt in the last few months.

Do yourself a favor and find a Brazilian Jiu-Jitsu gym and start training.

After two months of extreme soreness... you'll thank me for it.

If you can't afford it, join The Make Every Sale Community.

I'll show you how to sell more, faster, at higher margin, with less stress, and more fun so you have money to do Brazilian Jiu-Jitsu. 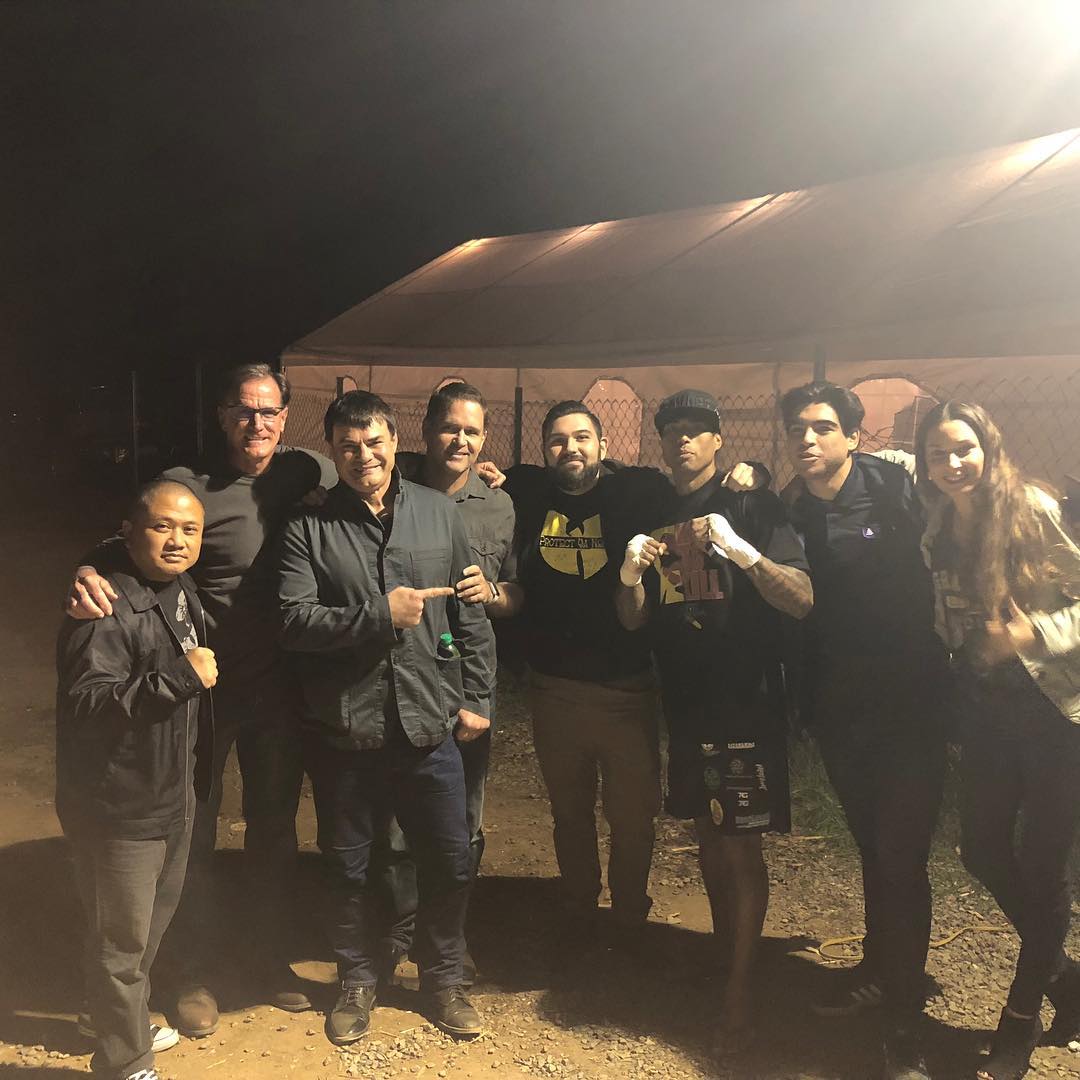 Your Doctor Is Selling You...and Can Teach You How To Grow Sales

Among the 1,394 academic staff at McMaster University in Ontario, Canada, was one Dr. David Sackett.