Yesterday I got a message on Facebook from an acquaintance inviting me to check out his Indiegogo page.

If you're not familiar with it, they compete with Kickstarter in the crowdfunding arena, which is a great concept.

When you have an idea that needs funding to launch you ask your "crowd" to get in early and "fund" your idea at various levels and in return you get little perks like a discount on the product, maybe a shout out from the founder, etc.

I have invested in a few of these and one of my clients out of Utah is the largest promoter/fundraiser in this space and it takes money to make money so I'm all for this funding channel.

What I'm against is people being lazy and just asking for handouts because they either don't have a good idea or don't want to do the real work to test and validate that idea before they go to market.

The aforementioned acquaintance is actually a sales trainer who you'd think would know how to SELL tickets, yet for some reason he chose to go the crowdfunding route.

Now in his defense, he has selected a nice venue, the date is set out 90 days, he has a nice website that links to the Indiegogo page for those interested in attending and/or supporting, so he's doing all the right things...

But my first exposure to this was "Anything you can contribute would be greatly appreciated. Even if you're unable to donate at this time, a simple share on social media would be FANTASTIC. Thank you so much!"

He means well and although he is a little on the young side he is an accomplished salesman and a good speaker who is making a name for himself and is bringing value to the world.

I just wish he saw the value he is bringing and marketed and charged accordingly.

How you present yourself matters. We address that in... 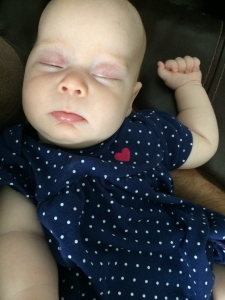 Laid-off With Baby #5 On The Way

When your boss calls you on a national holiday (President's Day 2004) after 3 years of layoffs and downsizing you know that's not a good thing.
Read More

Meanwhile, down at the bar after the sales meeting

Run the best sales meetings of your life.