Tom Blue Gets You Hot, Daily Leads Automagically To Grow Your Sales 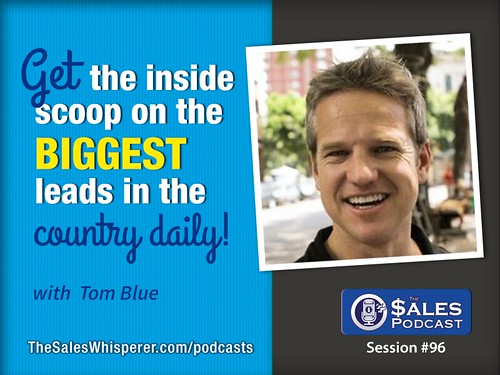 Tom Blue was a Mississippi boy until he was 10, then moved so SoCal where he sharpened the entrepreneurial skills his grandfather passed on. Now he resides in Boulder, CO where he makes cool software to help professional salespeople, sales managers, business owners and entrepreneurs get hot leads sent to their inboxes daily.

It's okay to charge more in the beginning!"

Go where the growth is. It really is that simple."