In 27 years of marriage, I haven't been able to convince my wife that olives are great and so is coconut, especially on a yellow cake with Eagle Brand and Cool Whip.

In 25 years of parenting, I haven't convinced my oldest son that golfing is cool.

In 24 years of parenting, I MAY have influenced my second son into seeing the benefits of being an entrepreneur.

In 25 years of sales, I've been able to "just be myself" and rely on personality to close about 25% of the deals I've won.

To even have a chance at closing the other 75% of the opportunities that came my way I had to change how I sold to match how the prospect buys.

I had to speak their language.

I had to have EMPATHY.

I had to let them know I knew what it meant to walk a mile in their shoes.

I also had to recognize when my prospect was too entrenched in their current processes and set in their ways so that the juice wasn't worth the squeeze, which allowed me to close the file and move on to the next prospect.

Who are you trying to influence today?

How are you going about it?

Are you just "being yourself" and "keeping it real" and "telling it how it is" and only speaking to "those who can handle the truth"?

If you're satisfied with persuading the 25% of your audience who may see things the way you do, then carry on.

If you want to actually be someone of influence, change how you sell to match how your audience buys.

P.S. You may like this article on Lead Nurturing. 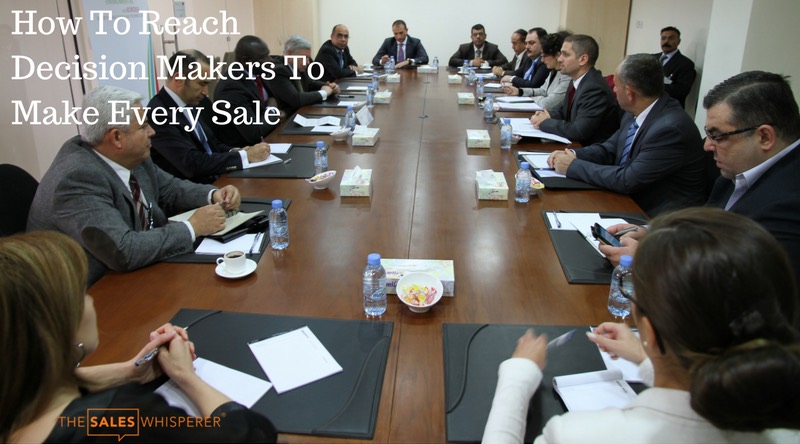 Decision Makers Are People, Too

For over a decade I put food on the table for a growing family selling technology B2B in Corporate America. Since 2006 I've owned The Sales Whisperer® and have continued selling B2B solutions to...