Sebastian Rusk Shows: How To Stop Sucking At Social Media 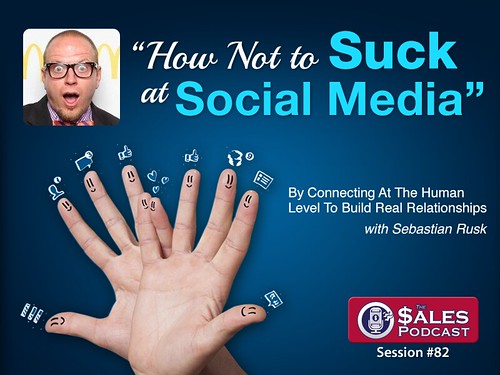 Sebastian Rusk had a daughter at 22 and learned what hustle is all about. After the real estate market crashed in 2008 he had to start over. And that's exactly what he did. Hear how he did it in today's episode.

From idea to logo to launch in 3 days. That's how Sebastian made it happen."

It's all about Human To Human selling."