While playing the victim seems to get a good bit of clickbait today, you won't be reading about those people 70 years from like you do this guy.

S's dad was a Mid-West farmer that moved his family like Nomads when he was young. (Excuse 1)

After high school S worked as a timekeeper in the railroad industry and was forced to sleep in "hobo camps" up and down the rail line to save money. (Excuse 3)

He bounced around from such "glorious" jobs as clerks and even as a mail room boy only to end up back at the family farm from age 22 to 33. (Excuse 4)

But S was "blind as a bat" with "coke-bottled-glasses" and wouldn't be accepted into the military. (Excuse 6) So he memorized the eye chart, passed the vision test and was accepted in service!

After the war, S and his military buddy opened a nice little business that did fine for three years, only to fail in a tough recession. (Excuse 7)

("QUIT, S! YOU'RE A FAILURE! GO BACK AND LIVE ON THE FAMILY FARM. LIFE IS NOT FAIR. LIFE IS TOO HARD. THESE TOUGH TIMES WILL LAST FOREVER! IT'S FUTILE TO TRUDGE AHEAD!)

But S was a good dude.

For 13 years he worked to pay off his debts while also striving to correct the failed government policies he felt contributed to the decline in the economy.

His character and work ethic were recognized and in 1934 S was elected to the U.S. Senate. In 1940 he was re-elected.

"S" is more widely known as Harry S Truman. (What most would consider to be a middle initial was, in fact, Truman's full middle name and he requested that no period be placed after the letter "S" since it was his name.)

Truman had his ups and his downs as President but he ended WWII, fought back North Korea, implemented the Truman Doctrine, helped found NATO and began the desegregation of the military.

Perseverance Takes Effort. Take The Effort.
S did the right thing. He worked hard. He got back up every time he was knocked down. You should, too. You can. Would you like a little help?

Here Is What You Need To Do Next

Education without action is worthless. A good plan executed today beats a perfect plan scheduled to be executed next week. The choice is yours.

If you’re an action taker—and are since you’re reading The Weekly Whisper—here’s what I encourage you to do next:

Market like you mean it. Now go sell something. 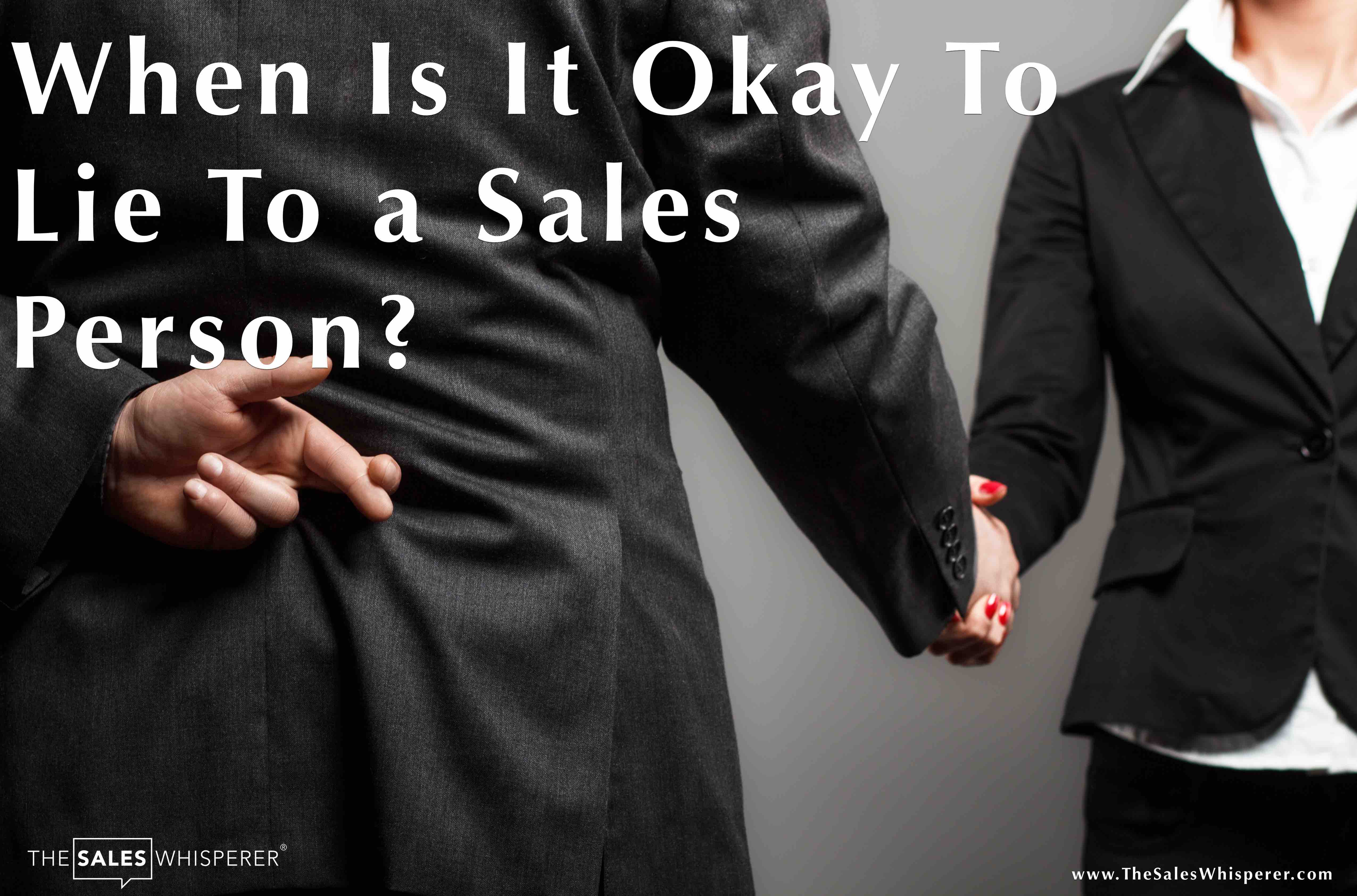 When Is It OK to Lie to a Salesperson?

What prospects say about salespeople:

You know how you can tell

Sam's dad was an Ohio tanner. (For you city slickers,