Do You REALLY Want To Create a Legacy? 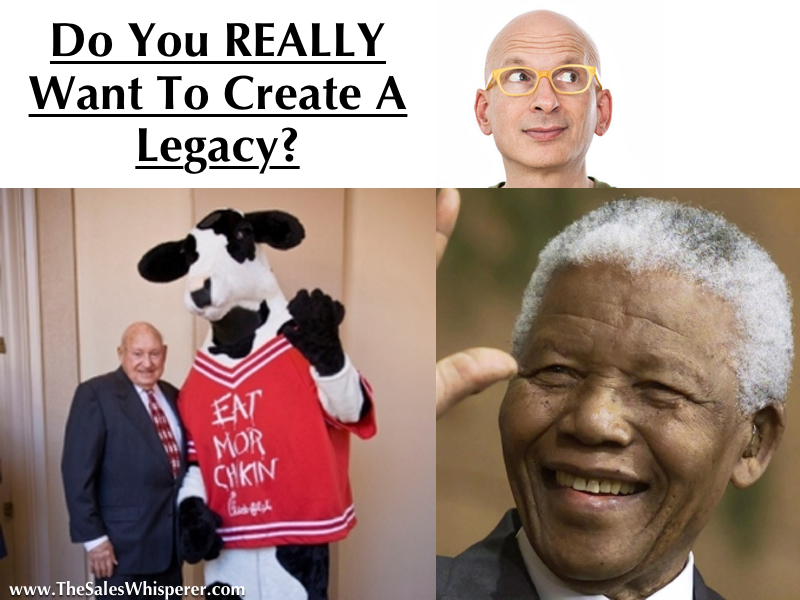 When I read Seth Godin's post on the passing of Nelson Mandela, his last sentence resonated with me.

If you don't require the journey to be easy or comfortable or safe, you can change the world."

There is a lot of fluff and puff and smoke and mirrors and bullshit and lies floating around out here on the internet that it's easy-peasy, lemon squeasy to build a business, reach your dreams, own your own jet and fly it to your own private island and be invited to Hollywood parties and to ring the bell on the NYSE with just a pretty vision board, a Twitter account and a big smile. (Reminds of a good book.)

Sure, overnight successes do happen.

And people do get bitten by sharks but survive and swim against the tide, use spare fishing line to sew their arm back on as they sit on the beach and are then use an umbrella to guide lightning to the wound to cauterize it and stop the bleeding so they can get to the grocery store to cash in on the winning lottery ticket they bought that morning.

But more of us are like Samuel Truett Cathy, the founder of Chick-fil-A, who grew up during the Great Depression. His parents took in boarders to make ends meet.

Growing up in a boarding house introduced me to hard work and taught me the value of diligent labor. I learned to shuck corn, shell peas, wash dirty dishes, set the table, shop for my mother at the corner grocery store and even flip eggs and pancakes on the grill.”

Truett worked hard and had goals but then World War II started so he joined the Army and put his dreams on hold. This enabled him to save enough money to open a restaurant.

He and his brother opened their restaurant when they returned from the war. They worked their butts off . Then Truett's brother died in a plane crash in 1951, but Truett kept going.

He eventually opened a second restaurant only to have it burn down.

He kept going for four more years to perfect his boneless chicken sandwich.

How did things work out for this "not-quite-an-overnight-sensation"?

On average, a Chick-fil-A location brought in $4.6 million in annual sales in 2018, up from $4.2 million in 2017 — more than any other fast-food chain. By comparison, the average McDonald's location made $2.8 million." (Business Insider)

And the rest is history.

That vision guided him over the rocks and boulders that would have, should have, could have stopped him in his tracks.

Are you ready, willing and able to work that hard? (You probably aren't, and that's okay. Just recognize it, admit it, and go do something you enjoy.)

If you do, you too can create a legacy that outlives—and out-serves—your singular efforts.

Hint: Truett had his brother to help him get started and stay the course. If you don't have a great sibling to help, check my semi-private and private consulting options.