At the time of the bankruptcy filing the company listed $1.2 billion in assets but $1.38 billion in liabilities. So $9 million was just 7/10ths of one percent of their assets, which would be like someone who earned $100,000 a year spending $700 for a tattoo that said "I've Arrived!"

But if that same person had $115,000 in annual debts, that $700 expenditure would seem quite foolish, right?

Too many businesses—and entrepreneurs (and wannabe entrepreneurs)—spend money on stupid things either because they don't know any better, or, worse, they saw someone else do it and since that other someone "looks" successful, it's "monkey see, monkey do."

Small businesses should not spend money on branding. You need to spend money on attracting great prospects to give you their contact information, determining exactly what it is those prospects will spend money on, and then providing that product or service at as high a price with as high of margins as you can.

Once you have that down to a science and it's repeatable and predictable and you still have a self-esteem issue and need to buy a billboard near the exit to your home so your mom will be proud of you, knock yourself out on that big branded billboard.

But if you don't have those types of predictable sales, set aside your ego, save your money, and dig in to making your phone ring and your cash register sing. The money is in the details, not in bright lights. It's in the "trenches," i.e. working the phone, speaking with prospects, asking tough questions, being asked tough questions you can't answer, going out and finding the answer, applying that answer to what you do, then doing it all over again.

Look, marketing is just selling in print. If you can't sell, you can't market. And if buying a $9 million Super Bowl ad didn't save Radio Shack, why do you think spending $9,000 on your local TV or radio station or billboard without…

If you need to see what this looks like, check out my ABCDE Sales and Marketing System here. 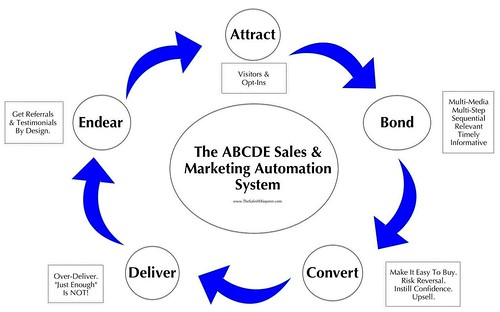 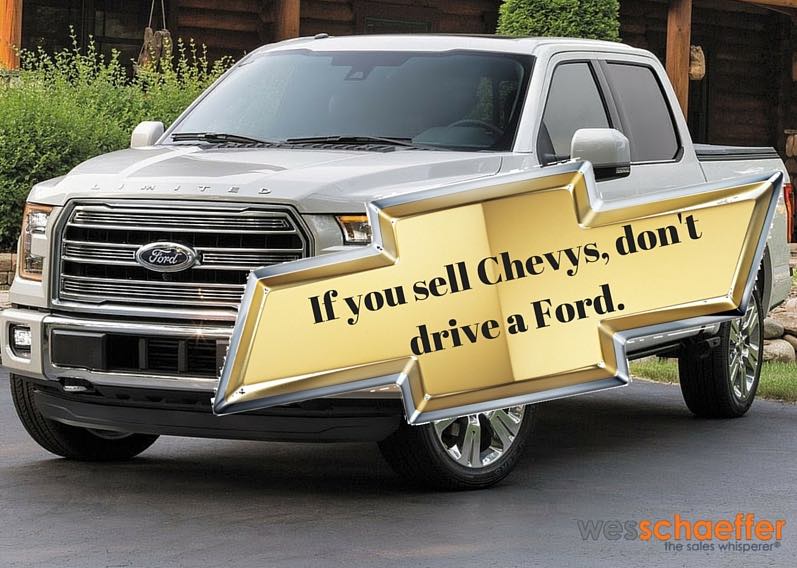 If you sell Fords, don't drive a Chevy

Selling anything is really easy if you believe in what you sell.

How do you believe in what you sell?

When did begging for business become acceptable?

Yesterday I got a message on Facebook from an acquaintance inviting me to check out his Indiegogo page.