Is Infusionsoft Too Complex? 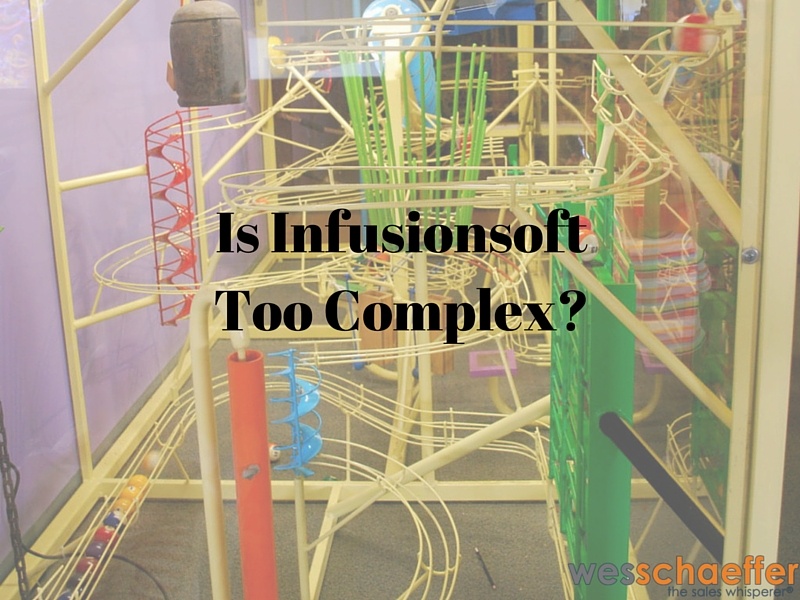 Is Infusionsoft Complex or Is Your Hodge-Podge of Tools Too Complex?

(Here's an oldie but a goody.) Quite often people tell me they think...

A prospect recently admitted he was paying for Salesforce.com and Constant Contact and 1ShoppingCart and none of them synched seamlessly with the other.

So he was paying over $200 per month and juggling three systems, cutting and pasting contacts, losing contacts, having contacts fall through the cracks in various stages of the pipeline, not following up appropriately because their lists aren't segmented and a ton of other nightmare/business-killing scenarios.

This video shows how a big tool chest is just like Infusionsoft.

Just because you have a ton of tools doesn't mean you need to use and/or master them all immediately, if ever.

But if you can get 185 tools for the same price—and sometimes less, sometimes a little more per month—as 3 tools, why wouldn't you get the 185, use what you need immediately and grow into the rest?