I'm writing this on Holy Thursday or Maundy Thursday, (March 24, 2016) the Thursday before Easter, and today we read about Jesus celebrating the Passover supper with His 12 Apostles as well as Jesus washing their feet.

Today you may think that washing someone's feet is not that big of a deal, especially with all of the spas and salons around town offering "mani-pedis," but trust me, 2,000 years ago, before Nike high tops and Red Wing boots and Christian Louboutin heels, people's feet were dusty, dirty, calloused, and rough.

But as part of their ritual cleaning, servants and slaves were brought in to wash the feet of the aristocracy and community leaders.

So when Jesus wrapped a towel around His waist and got down on His knees to wash the disgusting feet of His Apostles, it would be akin to walking into an upscale restaurant to have dinner with Sir Richard Branson, Donald Trump (did I just mention Donald Trump and Jesus in the same post?), and Simon Cowell from American Idol fame, and having all three of them remove their tuxedos, strip down to their skivvies, wrap large beach towels around their waists, make you sit down in front of all the guests, then get on their hands and knees to remove your shoes and socks and proceed to wash your feet. Take a minute to let that image sink in!

This story, as well as two related stories—Luke 14:7-14 and Matthew 23:12—stuck with me during a staff meeting I attended as a young 2nd Lieutenant in the Air Force on my first assignment in Osan, Korea.

As I was taught at USAFA, I arrived at the conference room early and, as Jesus recommended in Luke, I took the lowest place and sat in one of the chairs along the wall surrounding the conference table so as not to assume I was high ranking enough to warrant a seat at the table. (A little servant leadership.)

At the same time an F-16 pilot, Major Walters, arrived and as he sat at the table, looked at me and told me in no uncertain terms to sit my butt down at the conference table. He said I was an officer, I was early, and I was welcomed to join he and the other leaders.

As the room began to fill, higher ranking officers arrived but Maj Walters made it clear that I was not to give up my seat to these other staff officers who could not arrive early to the meeting and he had them sit on the outskirts of the room.

Since I was new, the other officers assumed I was important because I was seated at the conference table and Maj Walters had my back. (I let them think that for quite some time. It never hurts to have people treat you with respect when you're new...or an old timer!)

That was late summer, 1993—nearly 23 years ago—and I still remember it like it happened yesterday.

Years ago my sales mentor, Steve Clark, taught me this mantra:

Selling is a calling.
Serving is its purpose.
Questioning is the process.
A sale may be the solution.

Why are you in sales? To make a buck?

To be honest, I got into sales because I was money motivated. I wanted to make the most money I could for my daily and hourly effort. But money was not the end goal and the ends have never justified the means.

As I look back at people who invested in annuities or mutual funds or life insurance policies through me from 1996 to 1998, they benefited from those decisions far longer than I had those commission checks.

As I look back at the 52 people I helped buy a mobile home from mid-1998 to 1999, they enjoyed those homes far longer than I had those commission checks.

As I look back on the 500+ professional salespeople, sales managers, business owners and entrepreneurs I've helped get started with sales and marketing automation software such as HubSpot, Infusionsoft, and Ontraport since late 2008, they are still seeing an ROI on that decision 8 years later and counting.

So why shouldn't I be paid handsomely for helping people make appropriate buying decisions based on their needs and goals and abilities?

The answer is you and I should both be rewarded for serving the needs of our customers, but the only way to know their needs is to take the time to ask them how they're doing, then listen to their replies.

If you only make a recommendation after you ask and listen, you'll always be invited to sit at the table of honor. 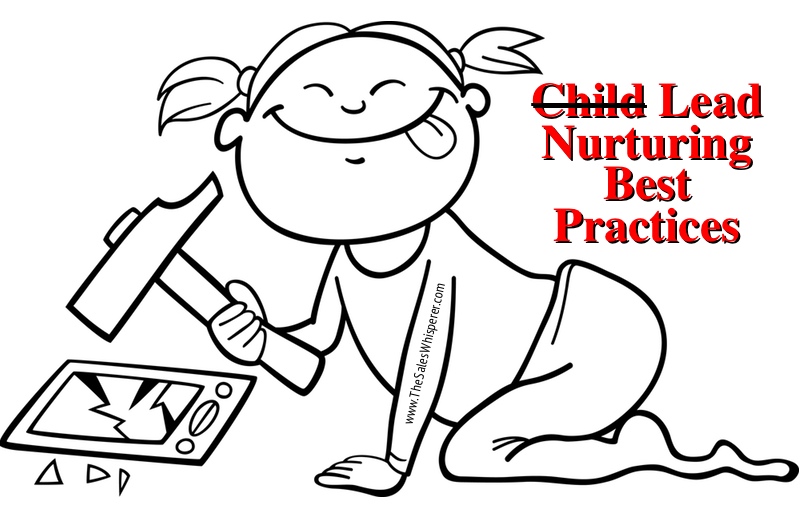 Start of the Hurricane Harvey Flood

The Guardian Angel Arrives On His ATV

I Have Seen The Light!

A Map of the Journey To Hurricane Harvey Recovery