I've always loved kids and family and friends and cutting up with cousins and cutting up with goofy uncles and tickling babies and hearing how I'm "growing like a weed" and I don't even mind hearing about the ailments and the aches and the pains the elder family members are going through because growing old is part of life and I enjoy—and hold sacred—every moment of life from conception to natural death.

My second son is 23, a recent graduate of UC San Marcos—completely debt-free with money in the bank—has his real estate license, is a blue belt in Brazilian Jiu-Jitsu (since 10/20), and he's the top salesman at the gun counter of the new Sportsman Warehouse here in town..

My oldest daughter is now 21. She's enrolled in college, living at home, and working multiple jobs to ensure she graduates with no debt.

My fourth child (second daughter) is 19 and about to start her sophomore year at UCSD after spending the last year at home and taking courses remotely because of COVID-19.

My fifth child just turned 16 and is starting her junior year in high school. She is working with her sister at a restaurant two miles from the house

My sixth child is going into the 8th grade and is homeschooled as her three older sisters were. She's now 14 and was excelling at volleyball in the rec league like her 16-year-old sister was until our dipshit government dictators shut the world down due to COVID-19.

The baby is six and she's a mess!! I'll just leave it at that.

Between the 6th and 7th births we had three miscarriages, so there are three Schaeffer baby angels in Heaven now, so our 7th on earth is really our 10th child.

But you know what's crazier?

Boy, you sure have your hands full."

Bless her heart. That poor little mama doesn't know what she's gotten herself into."

Don't you know what causes that? (Yes we do...and we like it very much.)

Don't you own a TV? (Should we turn it on more often or less often? That one always confused me.)

Are you done yet? (Oh, you mean like a loaf of bread?)

Are you Catholic or Mormon? (I'll drink to that.)

You should get a traveling sales job. (Would that make me want to snuggle with my wife more or less?)

Don't you know how much college costs? (We sure do and we think it's over-priced and not mandatory and we're also not obligated to pay for it for any of them.)

How can you spend enough quality time with them? (How many trips to the mall does it take to equal 15 minutes giggling with eight other family members at the park or in the back yard on the trampoline or playing jump rope in the cul de sac?)

You should get "fixed." (Apparently everything is in perfect working order so maybe you mean I should go get "broken." Why do we want to break what is working as God intended?)

There's an old adage in persuasion/negotiation/manipulation/obfuscation that goes,

If you get them to ask the wrong questions, it doesn't matter what the truth is."

All that is necessary for the triumph of evil is that good men do nothing. Do not allow evil to triumph. Do not do sit by and do nothing."

The Devil succeeds when he gets us to define good as bad and bad as good.

People now think having a large family full of love and bickering, giggling and tantrums, hugs and kisses, stinky diapers, and loads of laundry and love is bad, but

Look, we're all called to our own vocations and sometimes the journey is rocky and hard and cold and wet and confusing and difficult.

But it's hard to stay the course when we see all of these "sexy," fun-loving, jet-setting, partiers getting interviewed on TV or posting their exotic photoshoot on their blog telling us "you can have it all" if you just attend their 3-day conference, join their mastermind group, buy their DVD, or enroll in their membership program for 18 months at half of your disposable income per month!

But most of us have nothing in common with most of these gurus like the...

Single guy who was sleeping on his friend's couch...

and finally got motivated to build a business and now he's living large and running a membership site that shows people how they, too, can fly around the country, dancing and drinking at bars and interview other partying entrepreneurs or the...

Single woman who threw caution to the wind...

and quit the Corporate America gig and now leads a nomadic life and conducts webinars from exotic beaches and sleeps at friends' homes around the world and only visits with family every couple of years or the...

so she "slaves" away (with no kids and a house-cleaner and her husband makes 6-figures on Wall Street), builds a consulting/training/speaking business, and once that's successful the husband quits his job and joins her, or the...

Single guy who hit a lick in business and quit cold turkey...

because, although the work was financially rewarding it was sucking the life out of him, and slaved away in obscurity for six months before launching a risky venture and hit it big, (I know this guy. He's a great guy but readily admits his story is tough for others to do.) or the...

to be inspired and follow their passions, which is actually just her own thinly-veiled journey to find exactly that, while fighting off or ignoring her own emptiness inside, or the...

Progressive that wants you to believe "raising a business"...

is as important or difficult or meaningful or fulfilling as raising a child so you should worship her sex appeal—aptly demonstrated in her tight leather pants—and be motivated to follow her.

that being an entrepreneur and starting and building and running a successful business is hard work and anyone—ANYONE— that is making it happen deserves respect and it's worth your time to analyze how they did it to see what you can glean from their journey and apply to building your own business.

Learn from them all.

Emulate their techniques and tactics but realize the grass is not greener and it still needs watering and mowing. (Isn't it interesting that the grass you water and take care of tends to grow nice and green? Funny how that works, isn't it?)

Success is defined in many ways, not just in the size of your bank account or how many followers you have on Twitter, or what exotic island you call home for Christmas.

I'll stick with the Bible's version of success as we see in Deuteronomy 7:14,

You will be blessed above all peoples; no man or woman among you shall be childless nor shall your livestock be barren."

Since the beginning of time and creation, which are one in the same, children have been a blessing. (CAN I GET AN AMEN??!!)

Now if I can only get my homeowner's association to approve livestock, I'll really be in the money!

If you need more help growing your sales, check out the resources page here or just contact me. 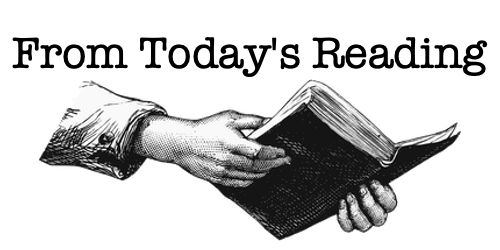 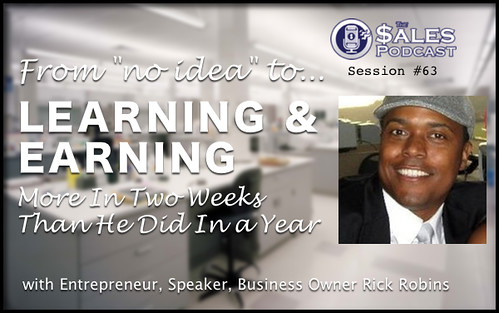