Salesforce is a huge company that focuses on servicing huge companies with its CRM and is great for enterprise users with complex needs like ERP integrations, detailed reporting, and multi-billion dollar revenues.

HubSpot has always focused on the SMB space and is committed to making affordable, flexible, powerful tools that are supported better than any other CRM/Marketing Automation company in the world, and they are willing to have you use their core systems for free to prove it is right for you and your business goals.

HubSpot vs Salesforce: The Founders

In 1999, some big company guys—Marc Benioff came from Oracle—who wanted to create a CRM for big companies.

They succeeded in the creation of Salesforce CRM.

Brian Halligan was successful in sales for many years and actively sought roles with smaller companies.

He preferred working with smaller companies so much that when Microsoft acquired the company for whom he was working as the VP of Sales, he left.

His HubSpot Co-founder, Dharmesh Shaw, has also been focused on helping smaller companies grow for his entire career having first founded Pyramid Digital Solutions, which SunGuard Data Systems acquired in 2005.

When their paths crossed at MIT in Cambridge, MA, it was a match made in heaven!

In 2015 many were surprised to hear the announcement of GE's relocation of their world headquarters to Boston.

GE (NYSE: GE) aspires to be the most competitive company in the world,” said GE Chairman and CEO Jeff Immelt in a statement. “Today, GE is a $130 billion high-tech global industrial company, one that is leading the digital transformation of industry. We want to be at the center of an ecosystem that shares our aspirations. Greater Boston is home to 55 colleges and universities. Massachusetts spends more on research and development than any other region in the world, and Boston attracts a diverse, technologically-fluent workforce focused on solving challenges for the world. We are excited to bring our headquarters to this dynamic and creative city.” (Source: Boston Business Journal)

Having first moved to California in 1994, then selling here from 2002 to 2004 before relocating my family to California in late 2004, I can tell you that Silicon Valley is wonderful, inspiring, daunting, and cutthroat.

As NBC News reported in 2016,  the West Coast doesn't have the type of cohesive community you find on the East coast and is bursting with speed and passion.

The young Turks and new money result in the hectic, short-term approach you see in the region.

That being said, Salesforce is neither young nor short-term in its steady growth and development, which is both ironic and turning into a liability.

It's ironic because, in the heart of "churn-and-burn/dot bomb" Silicon Valley, you find this 35,000-employee behemoth celebrated its 20th anniversary back in the summer of 2010 by dropping $15.8 billion on its largest acquisition ever to solidify its place in the enterprise space.

It's a liability because the bigger Salesforce becomes, the tougher it is to innovate, which is why you've seen them spend large sums on acquiring email marketing giant ExactTarget, which had previously acquired the marketing automation/workflow automation firm, Pardot.

Since its founding, Salesforce has acquired at least 57 companies

Having worked for both small and large companies I can tell you from experience it's tough to integrate companies but when you're a publicly-traded company included in the S&P 500, your investors are more demanding of steady, predictable growth, which again contributes to some of the curious moves I've seen Salesforce make in recent years.

Meanwhile, having gone public in 2014, HubSpot still has that entrepreneurial buzz—despite their $27.78 billion market cap in June 2021—and feel to it, which is evident in the energy of their annual conference, Inbound, and their rate of development.

Having used Salesforce as a salesperson as early as 2004 and as a sales trainer going back to 2007 when I was hired to help Dell deploy it, I can tell you that, as a small business owner, it was an easy choice to buy HubSpot for my own business in 2014.

Despite being headquartered in the fast and frantic Silicon Valley, Salesforce CRM is for the large enterprise, i.e., 1,000+ user installations, not the SMB space, which can be as small as 1 all the way up to 500 users or more.

In 1999, nearing the peak of the DotCom bubble, Salesforce.com transformed the way sales departments (attempt) to get things done when they rolled out their SaaS CRM.

When big boys like Siebel (which Oracle acquired), Oracle, and Onyx dominated the CRM landscape with their 7-figure enterprise-level platforms, Salesforce was actually a breath of fresh air as the new kid on the block offering an easy-to-use, fast to deploy CRM, that was cost-efficient and brought the power of CRMs to all companies, regardless of their size or in-house technical abilities.

That was then. This is now.

With 22 years of evolution and shareholder expectations, Salesforce evolved.

When you look at the 3,000+ apps on their AppExchange, their annual DreamForce, which attracted over 171,000 attendees from 120+ countries in 2019, and over 150,000 customers, Salesforce is more like an ecosystem than a simple, affordable CRM.

This fact is made quite evident when you realize that three years before HubSpot CRM was introduced, Salesforce helped invest $32 million in a Series D round of funding in HubSpot.

So for at least a decade, Salesforce has been looking into new tools that they could either acquire, leverage, or learn from because they are just too dang big for the average SMB.

With the launch of the HubSpot CRM at Inbound 2014, history is repeating itself...a little.

I say "a little" because I still get the sense that HubSpot is focused on the sales rep first, but I don't think they'll morph into the enterprise behemoth that Salesforce has become.

The HubSpot CRM has evolved nicely over the years and remains simple, yet powerful.

HubSpot knows that data is important to close deals, but data entry is a killer for salespeople so they've made it easy to add or update contacts, pull in background information on both contacts and companies, launch automated sequences at the contact level, and do their #1 job.

According to statistics going back to 2001, anywhere from 18% to 70% of CRM deployments fail.

The main reason is improper/unrealistic expectations, i.e. you think it'll be a miracle cure.

You think that simply paying for an expensive Rolodex in the sky will cure what ails ya...but it's just not that easy.

As you jump into this HubSpot vs Salesforce CRM debate, you need to spend time with two free resources here on my site:

Your CRM may be the engine of your business, but your marketing and sales automation is your transmission. You need both to make your business run.

Both tools get you thinking about what's most important when it comes to investing and deploying tools such as the HubSpot CRM and marketing automation, so take the time to go through them thoroughly.

Regardless of the CRM you select, you need to answer these same questions, but let's focus on HubSpot vs Salesforce.

How much money do you have?

Let's just get this out of the way upfront.

Salesforce is not even close to being inexpensive!

I've literally never seen a more complex pricing model ever in my life than what Salesforce offers. That alone tells me they are not SMB-friendly.

Check out "How Much Is Your Salesforce CRM Costing You?"

Sure, back in the day Salesforce shook up the CRM world when it came to affordable pricing, but now they're the old bull in the pasture.

Yeah, yeah you'll get more benefit from their Sales Tools and Marketing Hub, but they start at $0 as well.

However, what I tell everyone is that the 24/7 live HubSpot phone support is the best I've ever experienced so I feel as though I am paying a ridiculously low fee for expert tech support and I get a free CRM, free website, free landing pages, free CTAs, free web forms, free marketing automation, and free blog.

Is your sales process simple or crazy?

Either way, the HubSpot CRM can help you sell more, faster, at higher margin, with less stress, and more fun, and do it more affordably.

Yes, Salesforce allows you to add on over 3,000 additional tools but most people can't use the free text expander in their smartphones so why pay for 3,000 add-ons to your Salesforce account you won't use?

Genius is not demonstrated by juggling more, it's knowing what you can do without so you can focus on what matters.

The HubSpot CRM helps you focus on what matters.

What do you need to measure?

I've sold CRMs and marketing automation platforms since 2006 and I've lost deals to Salesforce when I was selling simpler platforms because they couldn't make nice-looking pie charts and bar graphs like Salesforce.

While most users really didn't reference those reports often, the mere fact they looked good made them think it was better.

And it's true that a primary reason for deploying a CRM is to remove the silos in your business and give you oversight into what is going on in your large enterprise.

Salesforce has this down to a science!

If you need to know how many left-handed cricket-playing albinos bought your multi-vitamin on odd-numbered days in the last 15 quarters, Salesforce has a report for that.

So if you are a large enterprise connecting to a powerful ERP and need up-to-the-minute reporting, Salesforce is probably for you.

However, if you just need accurate numbers across your web forms, CTAs, landing pages, and posts while also knowing who is using the platform accurately and well, HubSpot CRM has all the reporting you need, and then some.

But if you need to go even deeper, the HubSpot Reports add-on is just $200/mo, so they have you covered.

In conclusion, when it comes to HubSpot vs Salesforce, if you're a business with less than 200 employees, HubSpot is most likely the best CRM for you.

Your Salesforce CRM Is Not Your Friend 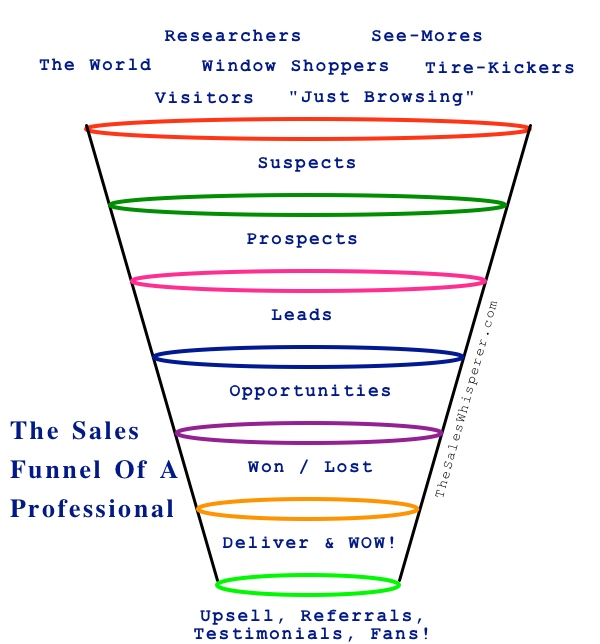 Why You Need a Documented Sales Pipeline CRM

Henry Ford is a household name because he applied a process to making cars.

McDonald's is a household name because