Want to build a great business?

Listen to and emulate those who have created great businesses.

Steve Jobs is one such entrepreneur who did so and had this to say on how to build a great business:

"Just get rid of the crappy stuff."

But that's easier said than done because of FoMO.

Fear of missing out or FoMO is "a pervasive apprehension that others might be having rewarding experiences from which one is absent". FoMO is also defined as a fear of regret, which may lead to a compulsive concern that one might miss an opportunity for social interaction, a novel experience, profitable investment or other satisfying events.In other words, FoMO perpetuates the fear of having made the wrong decision on how to spend time, as "you can imagine how things could be different".

Another way to state this is the "grass is always greener on the other side." (But it still needs watering, feeding, and mowing.)

It could also be called "shiny object syndrome."

Whatever the name, it's real, it's debilitating, and until you learn to beat it and become fanatical about your growth, you're destined to live with the MEDIOCRE MAJORITY.

Daily—literally, daily—someone comes to me with an idea that "is a billion dollar opportunity and if we can get just 1/10th of 1%..." (You know the rest.)

Some ideas are actually intriguing and will probably work.

But I have to ask myself "How does this fit into my short term and long term goals and strategies?"

Most of these ideas are outside of my area of expertise and/or desire so I have to say "no."

Sometimes it's hard to decline. Heck, a lot of times it's hard. (But some are downright crazy and it's all I can do to not call the police for that dreamer's own safety!)

The entrepreneur in me is interested in the new and the shiny. But to succeed requires work, effort, focus, discipline, commitment.

How good are you at what you produce and offer the world?

What are you known for?

When people think of you, what springs to mind? It it the same thing you want to be known for?

You Overvalue What You Already Own

Pairing down and pruning your offerings are hard because of something called the Endowment Effect.

In psychology and behavioral economics, the endowment effect (also known as divestiture aversion and related to the mere ownership effect in social psychology) is the hypothesis that people ascribe more value to things merely because they own them.

“Have you ever noticed that their stuff is shit and your shit is stuff? ”
—George Carlin, A Place for My Stuff

Because you thought of something or sold it once you think you should hold onto it and offer it forever.

I mean, MC Hammer looked good in parachute pants back in the day (and so did I when I was 13) but it's good to cleanse your closet and your products and offerings from time to time!

It's why I invited my wife's friends over for an "ambush makeover."

It was near our anniverary in late 2004 and Shannon was holding on to clothes from the 90's and even the 80's.

Not only were they out of style but she had birthed four children in five years so her body had changed.

Her friends came over around 9 AM and created a pile of clothes to give away that was over two feet high and six feet around.

It was amazing and it was enlightening for my wife (who also got to go shopping and enjoy a nice lunch with her friends and $1,500 in spending money.)

The point is, outsiders can give you feedback and input in an instant that may take you a lifetime to see—if you ever do at all.

Providing that third-party, neutral opinion is what I do, beginning with the Initial Process Assessment.

It's the most affordable, fast, and accurate way I know of to help you clear the head trash, find your best opportunity, narrow your focus, and set you on the path towards your true mission in business and even in life.

Daily Newspapers Used to Be the Only Way to Spread Information.
Read More 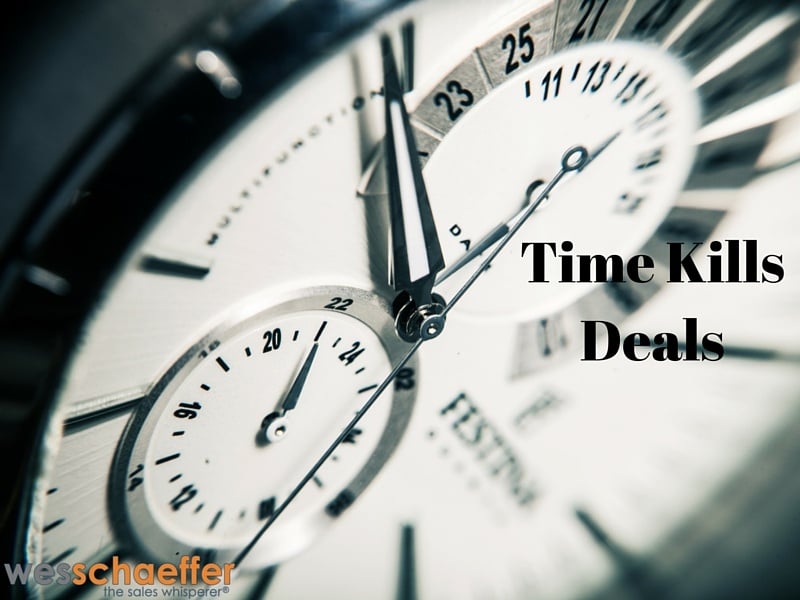 How 5 Seconds Can Save You Hours, Your Ego, and the Sale

Driving back in Southern California traffic from a no-show appointment is the most embarrassing, frustrating, humiliating, debilitating experience a sales person can face, yet it happens on freeways all across...