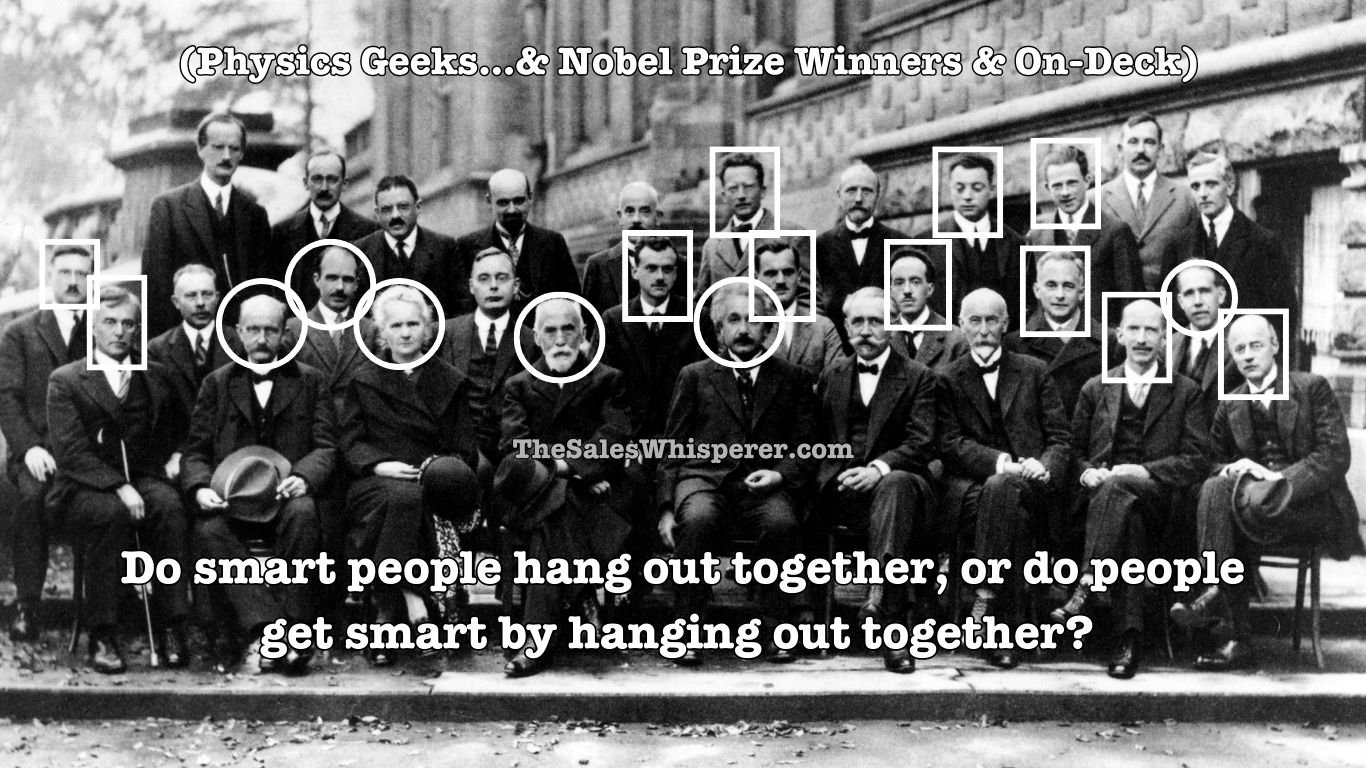 In 1927, 29 of the smartest people in the world met to discuss physics and chemistry.

Eleven more would win by 1954. (Those circled had already won. Those in boxes would eventually win the Nobel Prize in physics or chemistry.)

The average person beats themselves up with negative, self-defeating doubt.

If you're honest with yourself, you've had 2-7 of those doubts today alone.

I have them, too.

But the courageous person is not one who never experiences fear.

It's the person that moves ahead aggressively and with determination despite the fear.

Having a good team around you to inspire you and motivate you makes all the difference in the world.

Appoint and Anoint Yourself

"I rehabilitate dogs and train their owners."

With my laptop on my lap I thought,

"I rehabilitate sales people and train their managers."

And I immediately bought the domain name, TheSalesWhisperer.com.

Not 10 days later someone contacted me about buying the name.

Within two years I had it trademarked and the rest is history.

Who was I to call myself "The Sales Whisperer®"?

You and I can be whomever and whatever we want to be.

That's what Make Every Sale is all about.

I'll show you how I've built a business from scratch on a single income while my wife of 21+ years stayed home since 1995 to raise our seven (7) children.

You'll network with fellow members that are experts in their own fields so you benefit from the collective knowledge of similarly-self-motivated entrepreneurs and sales people that want to get better.

You'll make your mistakes in private, before you launch, which will save you time, money and heartache.

Welcome to the 2017 version of Solvay, where business success is the prize.